Some people believe that the grass is always greener elsewhere, in some other country. And many people in Russia (and, perhaps, other countries too) are certain that things are very bad where they are. Look at how other countries care about their users and protect them!

But is that really so?

I scanned all of Austria

You'll probably ask: how did you get all the country’s IP addresses?

Well, this is not hard to do. No country generates IP addresses as it sees fit. Instead, addresses are assigned by a central authority. That means that complete lists of addresses exist for each country.

Anyone can download these lists. Enter grep Austria IP2LOCATION-LITE-DB1.CSV > austria.csv, and run this simple script to convert the list into the format we need.

Of course, no system administrator will leave their Windows SMB ports readily accessible over the Internet, right?

That's out of 11 million IPv4 addresses. Not too many, but still.

The country has 17,392 operational web servers.

Apache is the most popular one (judging by the replies containing the Server header). The oldest Apache version I found was Apache 1.3.12, which was released in 2012, and it was running on a Windows server machine. A double nightmare.

I also discovered four servers under Windows CE. That system was released in 1996, and its support was discontinued in 2013.

Those were devices of various types. We have already mentioned that attackers may target printers.

I found nine HP printers without logins, fully accessible over the Internet. They weren't password-protected, and I could make them print documents.

As many as 300 IP cameras weren't password-protected either. If you are interested, you can find them here.

And, to boot, here is a readily accessible control panel for a water treatment plant. 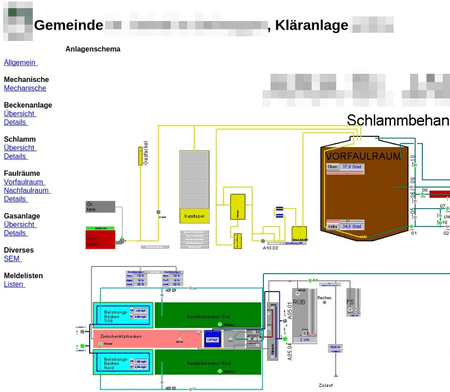 We don't even want to ponder how this information can be used by criminals or online pranksters if it ever falls into their hands.

In terms of information security, Austria is doing reasonably well. The number of vulnerable systems is small, but users should never lower their guard, even there. Having a competent system administrator on staff who can deploy and configure an anti-virus security solution in a corporate network infrastructure is essential for the security of any business—and, of course, not only in Austria.

Never lose vigilance, especially when working on the Internet.