Pre-release status: What to expect from Windows 11

In the summer, Microsoft introduced its new OS Windows 11. The official release of the product is expected on October 5. Every owner of a licensed copy of Windows 10, whose computer meets the declared system requirements, will be able to update their OS for free. Of course, ordinary users are not the only ones waiting for the release—cybercriminals are too. Read our new Anti-virus Times issue to learn about the potential dangers that may accompany the release of Windows 11. 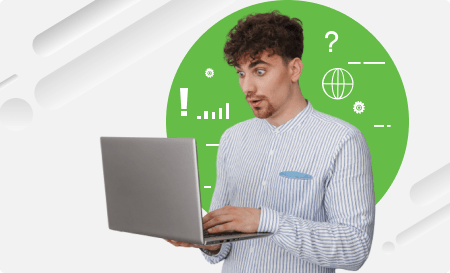 When presenting their new product, Microsoft specialists focused on two significant improvements: the new design and the advanced security system. The first improvement is clear, but let’s discuss the second one in more detail. The new operating system will not work on computers that do not support TPM 2.0, UEFI and Secure Boot. What are these technologies? Let's consider them in order.

— TPM 2.0 (Trusted Platform Module) is a special chip designed to store encryption keys and protect information. This module is incorporated into all new computers, and owners of PCs that were purchased 5 or more years ago need to check for its presence. This can be done by pressing the button combination "Win + R" and entering "tpm.msc" in the newly appeared window.

— UEFI is a replacement for the traditional BIOS, which is responsible for "turning on" the computer's hardware.

— The Secure Boot enables UEFI-compatible firmware to verify the validity of system components, using their digital signatures. If a signature is missing or invalid, the untrusted components won't be loaded.

Microsoft plans to use these technologies to protect Windows 11 users. Presumably, such a measure will help to slightly slow down the growth of cybercrime in the world. The company believes that all new computers should be provided exclusively with TPM 2.0.

This information infuriated users, giving rise to speculation about the creation of special versions of Windows 11 for distribution on the Russian and Chinese markets. There is no official information on this yet, but for now, the Internet is teeming with "guides" on "how to install Windows 11 without TPM".

What dangers come with the OS release

The release of a new product is always associated with improvements and urgent patches, so there is a quite justified opinion that the software should be used only some time after the release, when the main "holes" will be patched.

We do not recommend that users rush to switch to Windows 11. Using a new product "at the start" can result not only in possible risks, but also in a lack of support for many applications. And it is quite likely that only a portion of the features will work, and for this reason, users definitely should not change their operating system.

Windows 10 will still be available to users. Microsoft will continue to support this OS, which means that updates should be installed as they are released.

Experience shows that sooner or later, the support for old products discontinues, but by that time, most users around the world are already switching to new versions. For example, the latest version of Windows 7 was released in August 2018, only 3 years after the release of Windows 10. So those who don’t risk installing the new OS on October 5 have at least several years to spare.

The new operating system has not yet been released, but cybercriminals have already figured out how to use this information for their own benefit. Today the Internet is full of "leaked" versions of Windows 11, where, in fact, various malicious programs are hiding.

Fake installers look like an official distribution: they take up the same amount of space, contain a fake license agreement and flash with the text "Windows 11". However, upon completing the installation, instead of the operating system, the user will receive a bunch of unwanted adware or something even worse. If ads can still be dealt with, any ransomware, miner or backdoor that’s been detected will make you think twice about the advisability of installing a new OS before its release.

Pirated versions of Windows 11 should also be avoided. Cybercriminals distribute malware under the guise of license activators and all kinds of "cracks". Download the operating system only from Microsoft's official website; otherwise, you could become a victim of cybercriminals who’ve distributed allegedly "working versions of Windows 11 without TPM 2.0, UEFI and Secure Boot". If the manufacturer does make versions available for computers without these components, such a distribution will certainly be available in the official Microsoft catalogue.

"Do not hurry to upgrade to Windows 11. Instead, you might want to wait a while. You always have the opportunity to install a new OS version after it is no longer "raw" ...

Comments to other issues | My comments