Multi-engine scanners are so last century 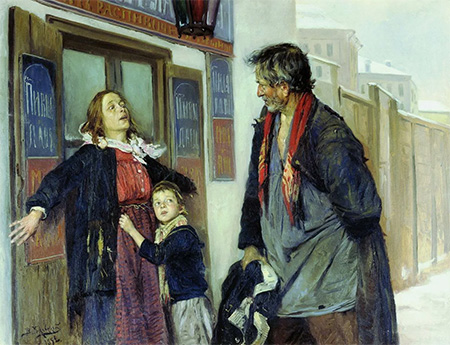 Vladimir Mayakovsky "You shall not pass!" 1892

You've probably visited websites where they advised you to turn off Dr.Web Security Space's SpIDer Gate or Parental Control so that you could easily get to a location the anti-virus was blocking.

If a user is undecided about whether Dr.Web is actually wrong, some sites recommend that they make sure the alarm is indeed a false one. To do so, users are given the suggestion to check the file with a multi-engine scanner (such as VirusTotal), before downloading it. But these advisers overlook certain aspects of the complex phenomenon that anti-virus security has become.

What are multi-engine scanners? These are websites where users can upload files to scan them with multiple anti-virus applications. VirusTotal is probably the most popular site of this kind, but there exist other similar services. To have their files checked by the engines, users may choose to upload a file's checksum rather than the entire body of data. In this case, the site can only deliver a verdict if a file with the same checksum has previously been scanned.

How do multi-engine scanners work? Uploaded files are handed over to running anti-virus scanners that examine them and return a verdict. However, they only check files against their malware database records, without actually launching them. As a result, if an anti-virus doesn't have the required malware signature in its virus database and if its heuristic routines don’t detect anything, even an ordinary encryption ransomware trojan will be pronounced as harmless. On a side note, Dr.Web was able to identify and block Wannacry, thanks to its heuristic methods, which have been honed and perfected—we kid you not!—since 1994.

But let's present our arguments in their proper order.

And here’s an anecdote to wrap things up. Several years ago, a renowned anti-virus developer set out to prove that other less known developers had been stealing its malware signatures. To accomplish this, a Windows calculator file was compressed several times, ranked as malicious in the anti-virus's databases, and uploaded to VirusTotal. A few minutes later, a number of other anti-viruses began to regard the Microsoft file as malware.

This story is not intended to reveal the heinous nature of multi-engine scanners but rather to demonstrate that one can't rely on them completely. Nowadays, the scanners are a thing of the past. In our new century, they can't keep computers safe—unlike Dr.Web’s comprehensive security technologies.

If your anti-virus prevents you from downloading or launching a file, beware of even trying.

If it warns you against visiting a certain site, heed the warning. The anti-virus does that for a reason.

It is trying to keep you safe!

The anti-virus does that for a reason.

Every function in Dr Web Security Space has its reason to exist.

Useful and interesting article, thank you!

Do not use multicamerate. Thank you for your recommendations!

If the antivirus does not allow you to download or run the file, we do not need such a file.

I don't see much use in multicamera. But I can see it in Dr. Web antivirus!

Hope for a multiscanner, but don't be too bad yourself. install Dr. Web!

In the Linux world the saying is the more eyes the better. "Virustotal" used to be a Spanish company it is now owned by Google who now go under the title of alphabet? Any files uploaded to them are kept for future analysing it does have a privacy warning but nobody reads it.

Virus writers malware writers do not upload their spiteful software to "Virustotal" for testing.

They used to be a big Spanish anti-virus software company who I think fell on its face twice and eventually switch to new management. They would delete programs without warning the user. They famously deleted the key generator for Windows 7 which was used for pirating Windows 7, you can imagine how annoyed people were.

The key generator was a safe program but it was used for pirating Windows 7, and a Spanish company would just delete it without a warning and the users of Windows 7 would get a message on the next boot telling them they cannot use Windows 7 as it is a pirated copy!

You know the business saying the customer is always right. it is not the business of antivirus anti-malware products to police their customers on behalf of Microsoft or anybody else. Nobody absolutely nobody is going to pay to have a policeman on their computer.

Virus programs anti-malware programs look for viruses and malware, and anything else is none of their business.

I don't use a multiscanner. I use Dr. Web!

"If the antivirus does not allow you to download or run the file, beware of even trying.
If he warns that you don't need to visit the site, listen. He has a reason to sound the alarm. We are trying for you! "

This is how we believe and listen.
"There are a lot of deceptions on earth and various reptiles, it gives hope at the dawn of Dr.Web to people
Either they need the file, the site is wrong, there are many antiviruses, he is the only one on our guard "

I don't check files with the VirusTotal multiscanner and others. Dr. Web is enough for me.
Comments to other issues | My comments