How difficult could it be for someone to create a 3D model of you? What do you think?

They just need to walk around “the object” a few times with a camera, take a few dozen snaps, and use an application to upload them to an Autodesk server. A phone can also be used to take the photos.

Naturally, creating a high-quality model will require special equipment—a smart phone won't be enough. But more often than not, a full-size model is unnecessary—criminals can accomplish their goals with the few photos of a person's face they have at their disposal.

.…as a rule, at least eight shots are required…

A variety of applications exist to create amateur, pseudo 3D models. Usually such programs are user friendly and have an intuitive interface.

…you can easily change facial expressions…

And more than anywhere else, Facebook has huge quantities of face photos free for the picking. Download and create a 3D printed model…

Recently a Forbes journalist conducted an experiment to determine how reliable facial recognition is on modern smart phones.

A 3D-printed model of a Forbes editor's head was used to challenge the facial recognition feature. 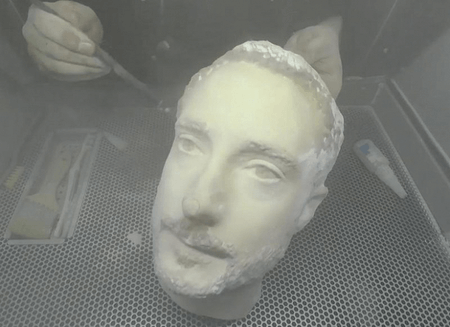 The test results showed that all the Android smart phones could easily be fooled but not the iPhone X.

Security researchers with the firm Bkav ordered a 3D-printed mask.

It was supplemented with 2D infra-red eye images and some makeup.

The company proved that Apple's Face ID could be hacked. 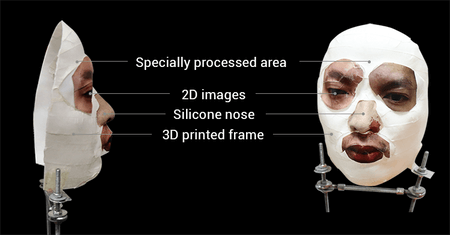 Clearly, computer-generated facial models have shortcomings any expert can notice… 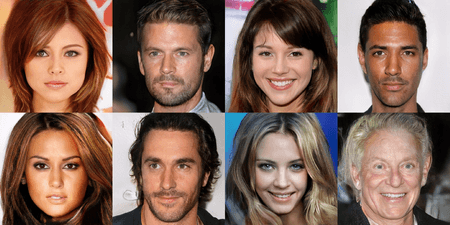 Do the photos above show real people, or are they software-generated images? What do you think?

Of course, biometric recognition systems in gadgets are very convenient, but if your smart phone stores valuable information, using the feature is unwise. After all, technologies are evolving at a blistering pace, and it is extremely easy for criminals and others to get hold of your photos and fingerprints if they need them.

It is extremely easy for criminals and others to get hold of your photos and fingerprints if they need them.
Comments to other issues | My comments