Data analysis and PC or smartphone location data can be used to display all sorts of ads to users, depending on their whereabouts. However, processing data takes time: while the system is busy determining what shop or commodity you are passing by, the data quickly becomes outdated. And since you also need some time to look through the ad, the chances of you taking the bait and turning around are next to zero. And here is where “big data” comes to the rescue of advertisers (and helps others too). 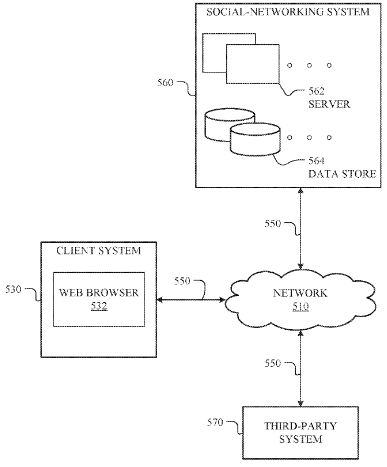 According to the patent application, Facebook is going to use machine learning to analyse the meta data associated with other users who have already visited a location.

As a rule, people move along predictable routes. Furthermore, the routes may remain unchanged for many weeks or even months, making people's movements easy to predict.

Facebook has a corresponding patent application, "Predicting Locations and Movements of Users Based on Historical Locations for Users of an Online System", which details how location data from multiple users will be used to determine other people's whereabouts and predict their transition points. The system will generate location chains that will be used to further improve targeted advertising.

Logged data about the location of other Facebook users will make targeted ads even more accurate. Taking a girl out on a date? Be prepared to see ads showcasing goods that may help you impress her. Walking past a travel agency? They already know how much you spend and where you like to go, and an offer tailored to meet your specific needs already awaits you. Busy drawing up a contract? Your would-be partners can learn where the negotiations have taken place and thus determine who the other parties in the agreement are.

And that's not science fiction. Anyone who has access to big data can do that. Haven’t we probably all watched films where a certain agency stages all sorts of situations to manipulate the protagonist? You'd like to meet a beautiful girl? Not a problem. You will "accidentally" run into her on the street and give her flowers. Looking for an opportunity to contact a certain individual? You’ll end up at the same café, sitting at the next table.

You probably think we're talking about the future?

That’s not just one patent application: it’s one of the concurrent clusters that operate together.

Why are we telling you all this? Because we want to give you a couple of tips on how to make sure that no one abuses your data.

"Information about us and for us is ahead of us"
Or will it be when the boom with taxpayers' taxing begins :)

No smartphone - no problem :)

And for iOS devices if you use Safari you can use Firefox Focus to block advertisements.

You need to remove all the apps you don't use from your smartphone.

I don't use mobile operating systems.
Comments to other issues | My comments