You are always “on air”

A scandal broke out in the United States after the media discovered that an Uber and Lyft driver had been regularly livestreaming on twitch.tv what was happening inside his car.

His camera captured passengers discussing their lives, finances, and relationships with each other and with the driver. Occasionally, they even revealed personal information such as their names, addresses and their financial situation. Some were drunk or sick; others were busy flirting or saying nasty things about their relatives. All in all, those were typical situations inside a cab—streamed over the Internet for eager viewers.

Needless to say, none of the passengers was aware of this. A sticker warning people about video and audio being recorded was placed on a rear door, but it didn't indicate that the content would be available to the general public via the Internet. Some passengers asked the driver about the cameras, but he assured them that the devices were present solely to improve security. By the way, he later tried to convince journalists that his broadcasts primarily served as a means to protect himself from dangerous situations—with the camera on for his viewers, he would always be able to call for help. One might think that if it weren't for the broadcasts, someone would have already found his car in a ditch with his dead body inside. However, in other interviews he claimed that he actually took the cab driver job for the sake of streaming…

Of course, when the passengers learnt that their taxi rides had been streamed live, they were shocked. Shocked, ashamed, and feeling other strong emotions—they told reporters all about it. They said that they chose Uber to get home at night because they cared about their security and didn't expect something that creepy to happen.

The public outrage is quite understandable. Uber and Lyft suspended the driver. Everyone is scandalised; people are talking about how mortified they are, but they only became mortified after they learned that other people saw and heard what they had been talking about. But one little question arises: what kind of privacy can people expect in a cab driven by a stranger?

Remember: privacy doesn't exist in public places. No one is likely to take any legal action against the driver. A stranger's car hardly qualifies as a private place.

Don't forget that someone can hear whatever you say. That scandalous driver asked the media not to reveal his last name. But he gave out his full name many times while he was streaming.

To prevent your conversations at home or in the office from appearing on the Internet as a result of a malware attack, use the new component that has been introduced in Dr.Web 12—the Microphones. 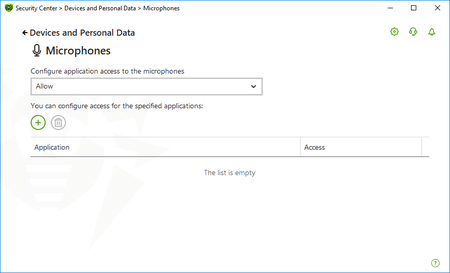 The Webcams feature is another innovation in version 12. It won't allow attackers to covertly film moments not meant to be shared with strangers. 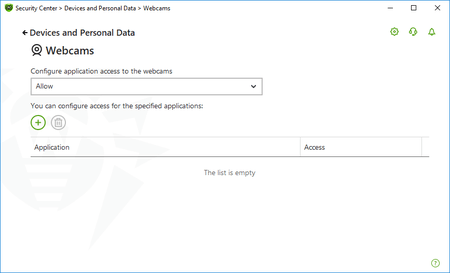 "The word - not a sparrow, fly out - you will not catch"
But Dr.Web will help, Web will cover, Dr.Web will protect :)

The public outrage is quite understandable.

To prevent your conversations at home or in the office from appearing on the Internet as a result of a malware attack, use the new component that has been introduced in Dr.Web 12—the Microphones.

Cameras are everywhere now, it's a given of our lives. We have to put up and be careful.
Comments to other issues | My comments