In ”ancient times”, virus makers tormented users by making their viruses turn the screen upside down or display ships sailing across it. But, today, things are serious—cyber criminals are busy making money. However, it turns out, they still have time for jokes. 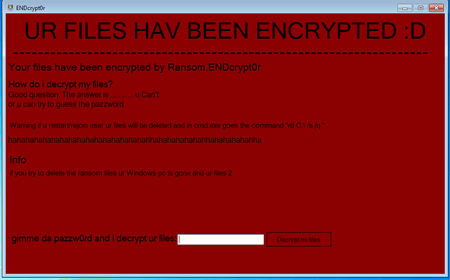 Imagine you get back to your desk from lunch and see this ransom demand on your screen. It could indeed scare you. By the way, note the modification's number in the virus database: there exist over a thousand fake encryption ransomware programs.

Here is another old joke about pirated software. 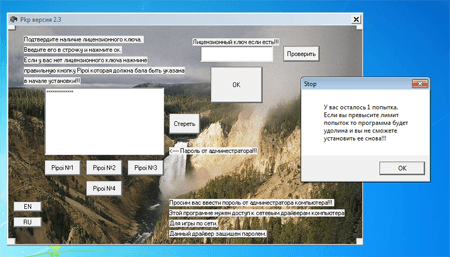 Joke.Forgery is responsible for this one.

If you like working at night, Joke.Halloween.1 is your joker of choice. Halloween is far away, but who knows what kind of calendar the virus makers are using? 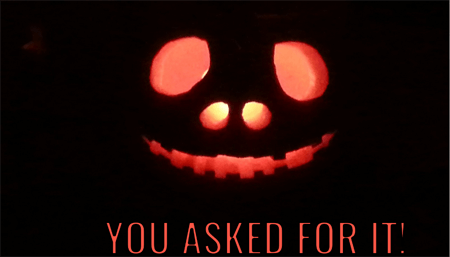 Other anti-virus companies come across programs of this kind too. For example, here's a nice paper clip: 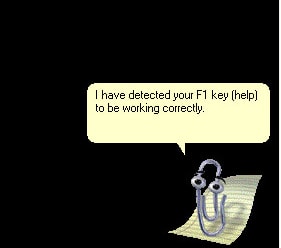 Apparently, someone got a pang of nostalgia…

Joke programs of this sort carry no malicious payload but are still regarded as potentially dangerous. What if one of them gives someone a heart attack?

So anti-viruses detect them. But it's up to you to decide whether you want to see them or not.

If you don't want programs to play jokes on you, go to SpIDer Guard's advanced settings, and set the action Delete or Move to quarantine for this program category. After all, some jokes are not so harmless.

Ars Technica reported the discovery of an unusual malware species. It blocks access to user files, demanding that the victim score a certain amount of points in the game Touhou Seirensen (that's why the program is called Rensenware). 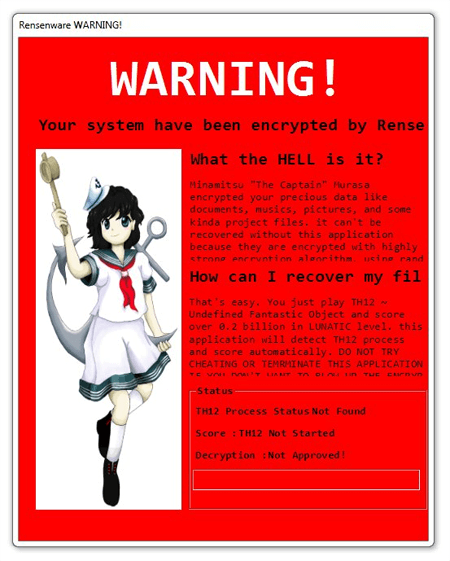 When the author learnt that his program had spread on many computers, he instantly came up with a neutralisation application.

And if he hadn’t done so, the affected users would still not be able to access their files!

Hope in earnest, but do not disable the antivirus.
It’s fraught, because they (virus writers) run cockroaches in their heads, and maybe even elephants :)))

"Keep your gunpowder dry"
My feet are warm and my head is cold!