A micro target for a macro attack

News about new Trojans for Linux went virtually unnoticed. However, this news contains some very interesting facts. The Trojan doesn't just target Linux—it was specifically designed for Raspberry Pi computers. Cross-platform Trojans for Linux are no longer a rarity: well-crafted, versatile code that doesn't depend on specific hardware features can be compiled virtually under any platform.

But for quite some time, malware authors were only interested in popular computers and devices: infecting them is easier because one can expect the software to operate the same way on the same types of devices.

Raspberry Pi is a whole different story. The single-board, ARM-based, bank-card-sized computer was designed for geeks, who use it to build robots. 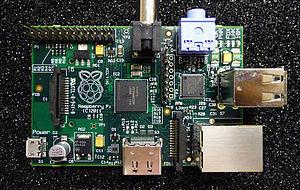 Our astute readers have already noticed that because the Trojan is implemented as a script, it doesn't have to rely on a specific environment to be run successfully. Since Raspberry Pi can run all sorts of operating systems, this feature is extremely important.

To infect systems with Linux.MulDrop.14, attackers scan networks for devices that have an open port 22 (utilised for encrypted SSH (Secure Shell) connections). If a host with an open port is found, the attackers attempt to log in using the default login and password (pi/raspberry).

Cybercriminals are interested in unprotected devices. And here Raspberry Pi is the undisputed leader—security is probably the last thing on the minds of those who use it. Also note that the Trojan's objective is to deploy mining code. Although Raspberry Pi hardware is not particularly powerful, attackers will go after these crumbs too.

If your children are interested in robotics, bear in mind that threat actors are already on the prowl in the digital world. Such is the world we live in.

You never know, whenever I want to learn something I always read the documentations first, this way when I start using the product I know the pitfalls and the best practice, and when I encounters problems I know where to look at.

With all there is to read about these "cyber attacks" nowadays, it is so easy to forget that it all starts at home. Sitting in their room or at the home office center, the kids' are bale to learn what they won't teach in school or maybe practice what they DID learn & VOILA! The home system is now a hub for that new enterprise to get started with the neighbors' electronics!
Comments to other issues | My comments