Other issues in this category (17)

If we don't see threats, does that mean they don't exist?

See no evil,
Hear no evil
Speak no evil

This seemingly ordinary lump of coal is on display in a museum. But what’s so special about it? 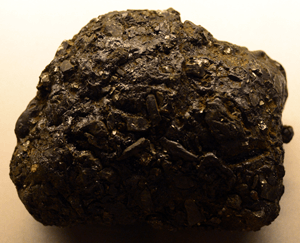 Well, as a matter of fact, it’s not coal. It's a bomb. But that's not obvious.

Similarly, an information security threat may persist day in and day out, and remain undetected because looking and seeing are not the same thing. Everyone looks, but few people actually see. And each sees things from his or her own perspective.

For example, this is how criminals launched an attack on bank IT environments from unprotected "smart" devices. The botnet Mirai, which is comprised of Linux devices, appeared only because the users involved didn't change their default passwords or used a very limited set of passwords. The Mirai malware used only 61 login and password combinations in its brute-force attacks on IoT devices! But those were devices that were accessible over the Internet.

Can devices come under attack via a local network? They can, but to accomplish that, attackers will need help from inside.

Smart lamps sound like a good idea. And that’s not just from the point of view of saving energy. Monitoring the status of light bulbs can help detect when their quality is deteriorating and notify users that they need to replace the bulbs or place an order in an online store to stock up. The problem is that all light bulbs (just like most other devices) look the same (can any of our readers tell one bulb from another?). An attacker can screw in a bulb with altered firmware that will enable them to explore the local network and deploy malicious code. A backdoor of this kind can also be deployed in a smart lock or in a smart home's communication components. That way, interaction between the attackers and the malware can be disguised as communication between the home and other nodes on the Internet.

To draw an even larger number of machines into the Mirai botnet, criminals created a Trojan for Windows that distributes Linux.Mirai.

And this means that we should be ready for new attacks. #botnet #vulnerability #Linux #Internet_of_things

And what will you do after reading news about an attack involving infected devices?

Published 200th issue. Congratulations!
Comments to other issues | My comments