How many times have we muttered in indignation to ourselves or out loud when it takes too long to access the Internet or some website? When this happens, we usually blame our ISPs or the server owners for being stingy and not spending enough money to buy the proper hardware. But sometimes the cause can be different.

We’ve already written about cybercriminals being interested in computer games. Malware programs that target in-game items are not news, nor is it a secret that player accounts are traded.

Trojan.SteamLogger.1 is designed to steal the assets of Dota 2, Counter-Strike: Global Offensive, and Team Fortress 2.

It’s easy to understand why attackers are interested in games. But, if until recently people who’ve consciously chosen the dark side have engaged in both these activities, today the availability of hacker tools is creating temptation among gamers, too—and not everyone can resist it.

Through joint efforts, law enforcement agencies in 13 countries arrested 34 people who were charged with using tools to carry out DDoS attacks, and questioned 101 suspects. Europol's website reports that the people who were arrested are clients of services that implement DDoS attacks. The accused ordered DDoS attacks on their opponents during game play with the goal of disconnecting them from the Internet.

Most of the accused were teenagers under the age of 20.

Online games allow hundreds and thousands of players to meet on the playing field. Some of them are novices, and others are professionals. Approximately 60% of gamers are playing just to pass the time (i.e., without making any special efforts to advance to the next level). Another 30% enjoy the group activities. But how can one find enjoyment in a game if some of the players take advantage of real-world capabilities to obtain advantages in the virtual world?

Unfortunately, an anti-virus cannot protect against a DDoS attack. The firewall can counter some, but not all, of them. Therefore, when choosing an Internet access provider, ask whether it employs a protection system against DDoS attacks. Ask the same thing when choosing a location for storing data in the cloud because everyone can access tools used to carry out attacks. 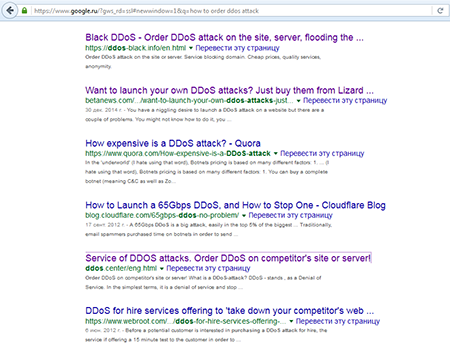 And a tip for gamers: play honestly; even in war, not all methods are fair. And some of them can really spoil for a very long time the enjoyment derived from a virtual victory!

Play fair; even in war, not all methods are fair.
Comments to other issues | My comments