No matter how much anti-virus software developers (it is namely they who are the gatherers of such statistics) harp about threats, everyone understands that it’s in their interest to create hype.

Therefore, statistics released by any other software or gadget developer are always very illuminating—this is a party that is not engaged in development, or testing ways to fix vulnerabilities, or taking protective measures that will, of course, complicate the lives of not only criminals, but also everyday users. 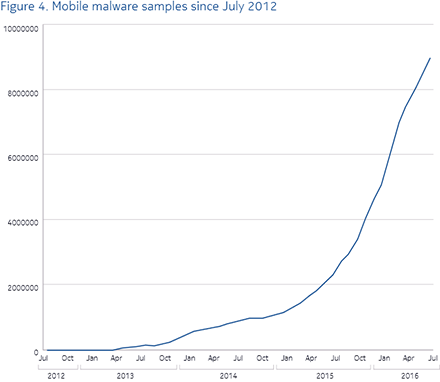 The number of new malware samples increased by 75% in the first half of the year. 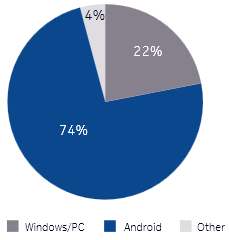 This and other data was published in the Nokiainfo-icon report on threats in the first half of 2016. The data was collected by users of NetGuard Endpoint Security Solution.

So, we are nearing a time when every 100th mobile device will be infected. Are there more than 100 people in your company/group of associates? Do you actively communicate with others on work-related and personal issues? If so, according to the statistics, at least one infected device is in your immediate circle.

Are you a TV couch potato? In its report, Nokia mentions that smartphones are too limited a field for cybercriminals, and they’re paying more attention to TVs with operating systems, and to the Internet of Things. #Android #mobile #Internet_of_Things #security