When armour stops a projectile

It is common knowledge that the battle between virus makers and anti-virus developers is, in a way, an arms race or, to be more precise, a technology race. For example, because the malware development process has been automated, virus makers can significantly increase their output of malicious programs. The mass media loves stories about targeted attacks, but they fail to mention that attacks involving specially crafted malicious files that remain undetected for months are quite rare compared with other types of attacks. Why waste time writing a high-quality malicious program if, in the event it fails, it will be detected within an hour or two once the anti-virus has gotten its next update? 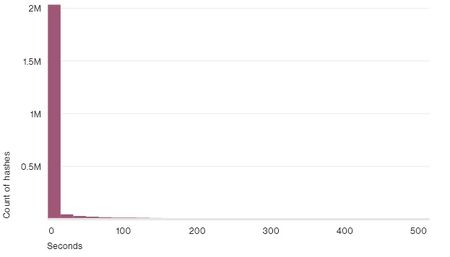 Over 98% of malicious samples (hashes) have a "life expectancy" of 58 seconds or even less!

Sadly, at an information security conference in Novosibirsk, it was stated that companies only ask for their malware incidents to be investigated six months after the incidents actually occurred!

Why is that? It’s because companies don't want to spend that much on anti-virus security. They use obsolete anti-virus applications (some people believe they’re faster), free anti-viruses (those don't include advanced protection technologies), and simple anti-viruses (these only detect malware programs by their signatures).

Many people also believe that an anti-virus doesn't need anything except virus databases. Is that true? Verizon Data Breach Investigations Report 2016 indicates that most malware strains are encountered just once!

Anti-viruses that incorporate only virus databases simply don't have time to receive the updates that are necessary to neutralise brand new Trojans. That's why to protect a system from the latest threats, Dr.Web incorporates Preventive Protectionwhich enables it to detect malicious files that disappear before their signatures are received as part of the next update.

It is necessary to properly configure the antivirus.

Hindsight is always twenty-twenty
Comments to other issues | My comments